hi all,
To get the lively look of the 90′s isn’t hard – a bottle of Chanel’s Vamp will probably do the trick. It was definitely the signature colour of the 1990′s – but that doesn’t mean it’s the only colour that can give you the look.
each decade has its own fairly distinct nail fashions from the functionality of the 10′s to the wartime glam of the 40′s to the glittering vibe of the 70′s. The 90′s somehow managed to combine the entire 20th century of fashion into one decade as the world began to work its way online.

Also, in 90's,French tip and square nails, Rhinestones, airbrush art and an assortment of colors all reigned supreme.

thanks
puja
Posted by Unknown at 14:21 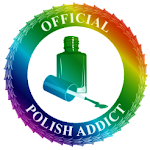